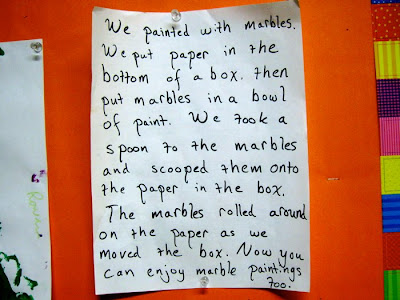 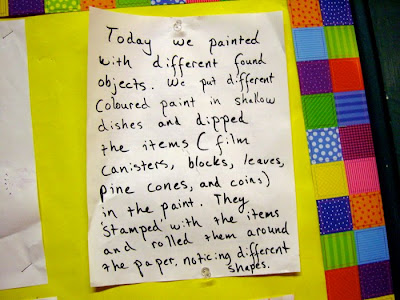 my giving. i have healing powers. hamburger eyes put up a new coldblood mix.
2 comments 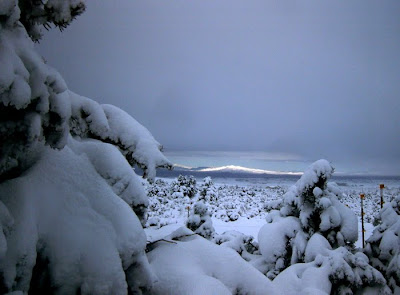 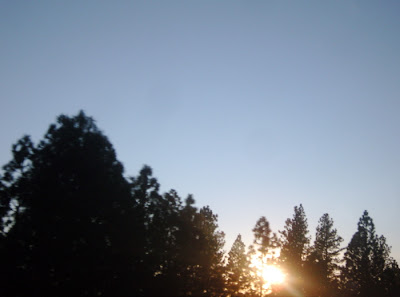 Links to this post
my very kind friend ashley is looking for a feline-free place in the city that's under $800 (not including bills). let me know if you hear of anything. "track1" by rustangs.
1 comments 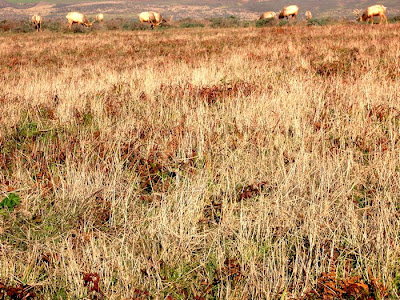 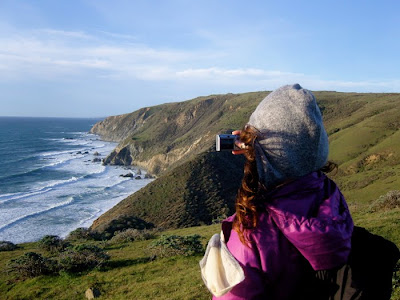 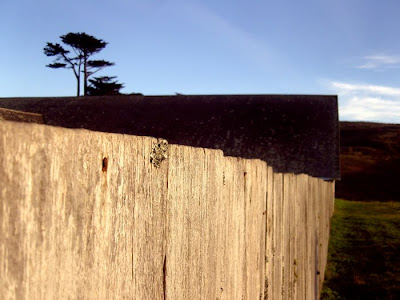 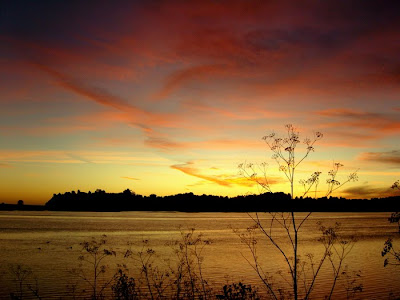 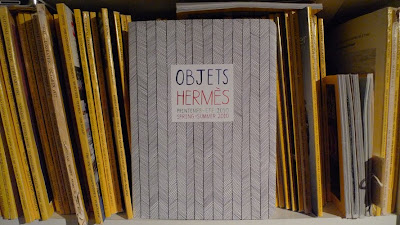 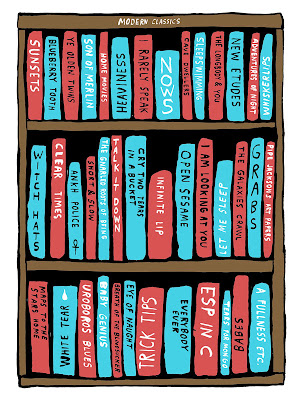 nigel & nat got stuff up their sleeves. the fort is gone. it's winter time. i lost my atm card. the books are playing at the church by my house. i'm going saturday. quit a job, started a new one, wrote 3 papers and did 30 push ups this week. my brain feels rad. i'm broke. real into tofu lately. i like tofu. tara & tofu.

Links to this post
secret forts came to s.f. and pointed out a new spot. perfect sock monkey material! jay has a new print up at tinyshowcase and $s go to creativity explored. only 25 left!
0 comments

stole this off crookedarm. it made my day. "deserter" (& rmx) by m.dear. good night.
0 comments 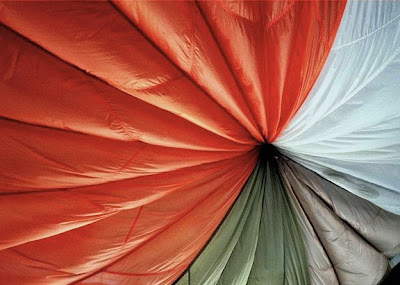 here is griffin mcpartland's october mix. it's good. he blows my face out my head.

a song i made for sonny smith played on 2 huge projection walls in niketown nyc for a couple weeks leading up to the marathon. i've bragged about knowing phil* and meg before, but if you are in new york make time to go see their photo show for me.
11 comments

good morning, i got an a on my paper & the presentation. pretty stoked. 3 more due in 2 weeks, so i imagine i will be writing a few more tunes in the process. take care.

Revenue forecasting, with regard to public administration, is a tool used on a federal, state and local level to estimate future monetary resources for reference in the creation of current fiscal year budgets. Forecasts are predictions, rather than facts, acting as guides in the effective implementation of new policy and the maintenance of current programs (Schroeder, 1982, p. 126). Forecasts also allow for policymakers and elected officials to better manage competing priorities in the expenditure of public funds as well as to make adjustments in advance of foreseeable changes in revenue (Rodgers & Joyce, 1996, p. 48). Sources of revenue include printing money, borrowing and most notably taxes (Rosenbloom & Kravchuk, 2005, p. 263). Possible methods and models for forecasting vary and become more experimental and sorted on state and local levels, where new approaches are easier to apply (Rosenbloom & Kravchuk, 2005, p. 291). Many of these concepts are new and their implications yet to be fully understood as the history of revenue forecasting is relatively young.

The first official step of embedding the practice of forecasting into the federal budget process was in the creation of the Congressional Budget Office (CBO) in the Budget and Impoundment Control Act of 1974 (Foster & Miller, 2000, p. 206). Prior to this, forecasts were informally executed by the Executive Branch’s Office of Management and Budget (OMB) (Howard, 1987, p. 15). It is thought that the competitive challenge, posed by CBO’s alternative methods and motivations for data collection, instigated the sophistication and quality found in the present day practice (Howard, 1987, p. 15). Revenue forecasting was given additional importance by the Balanced Budget and Emergency Deficit Control Act of 1985, when across-the-board cuts were applied if the OMB and CBO forecasts did not foresee revenue availability for proposed expenditures (Foster & Miller, 2000, p. 207). This act was found to be too strict and was later relaxed. However, it had already created, “an unprecedented degree of exactitude … and public scrutiny,” on the practice of forecasting (Foster & Miller, 2000, p. 207). Another less formal development can be found in the tech boom of the late 1980s and early ‘90s, which led to an increase in modeling capabilities and a decrease in cost and errors (Foster & Miller, 2000, p. 208).

Concepts involving the application of revenue forecasting differ depending on what level of government it is being used and, even then, what department. For example, both the OMB and CBO are federal in jurisdiction, however they use different bases for their assumptions. The OMB, aiming to reflect the confidence of its current administration’s policies, will include the effects of their budget proposals into their forecast models (Howard, 1987, p 16). Alternatively, the CBO makes its projection of future revenue from policies currently in place (Howard, 1987, p. 16). Research in the frequency of errors finds that there is ultimately no significant difference in accuracy between the two methods (Howard, 1987, p. 17). Though flaws can be found in both, the ability to compare the two allows for the clearest illustration of what can be expected in future revenue.

Locally, revenue forecasts can be said to fall into three categories: naïve, incremental and causal (Reddick, 2004, p 599). These categories entail forecasting techniques such as expert (naïve), trend (incremental), deterministic (causal) and econometric (causal) (Reddick, 2004, p. 598). Despite knowledge of inherent inaccuracies with the less cumulative approaches of expert and trend methods, research finds that they account for 90% of local practice (Reddick, 2004, p. 611). Their popularity is found ultimately to be due to their simplicity and cost as well as the lack of MPA programs to train professionals in the more complex causal methods such as deterministic and econometric forecasting (Reddick, 2004, p. 599 – 611). Causal measurements provide superior data in that they are calculating not only in extrapolative terms but are also taking into consideration variables such as the unemployment rate, population changes and per capita personal income (Reddick, 2004, p. 601). Measurement of multiple variables benefits both the forecaster and policy maker by allowing consideration of concurrent impacts that may determine levels of revenue (Reddick, 2004, p 601).

Implications from the use of revenue forecasting on public administration are found in its inability to consistently predict the future. Errors in prediction can be due to misjudgment of a policy impacts, inaccuracies of macroeconomic variables (such as inflation or GDP) as well basic technicalities, including unexpected behavioral responses (Auerbach, 1995, p. 166). A forecasting error that incorrectly over estimates revenue will leave a gap in funding that ultimately equals an unexpected program cut and/or an increase in taxes (Rodgers & Joyce, 1996, p 49). Where as predicting a gap or “short fall” in funding, “can be seized upon by the electorate, press and political opponents of those in office as evidence of “gross mismanagement” (Schroeder, 1982, p. 124).” To counter these pitfalls, some states have been found to “cushion” or under estimate future revenue to compensate for instances of unexpected economic downturn (Rodgers & Joyce, 1996, p 49). However, “rainy day funds” can lead to public discontent, with the surplus revenue being also being known as “slush funds,” ultimately effecting the public’s willingness to pay taxes (Rodgers & Joyce, 1996, p 55). Miscalculations in revenue forecasting, though inherent through definition, bring to light the political implications of its use.

Examples of revenue forecasting can be seen in every level of government and public management. In each instance there are the obvious positive attributes of the tool’s ability to produce more efficient and effective budget management. Again, this is done through anticipation of future short falls and justification of reforms necessary to thwart them (Reddick, 2004, p. 604). Negative repercussions from errors are varied and dynamic as illustrated in the surfacing of politics as well as in the public’s tax tolerance (Rosenbloom & Kravchuk, 2005, p. 263). A look at California’s 2009 budget crisis illustrates its constraints when broadsided with unforeseen economic downturn.

The Department of Finance for the State of California, in its Enacted State Budget 2009-10, found that base-line revenues from 2008-09 were $24 billion less than forecasted during the enactment of the 2008 budget (p. 5). Due to the unforeseen recession and its impact on corporate profits and individual incomes, the state was left to devise additional forms of revenue. It initially proposed to do this by broadening existing taxes, creating new ones and borrowing money from special funds (Proposed Budget, 2009, p. 64). These related revenue propositions failed during the May 2009 Special Elections. One may guess, that it was in part due to the negative connotations of “rainy day” funds coupled with the overall public’s tax tolerance threshold. This left the state to close the budget gap predominately by cutting spending in, “virtually every state program that receives General Fund Support (Enacted Budget, 2009 p.3).”

Revenue forecasting is a viable tool that will continue to remain as, “the anvil against which the budget hammer is wielded (Foster & Miller, 2000. p.214).” Continued improvements in its techniques will only help public managers to make better future decisions in spending. However, its effectiveness lies equally in the administrator’s ability to present the assumptions and possible solutions to the electorate and public with out political implications or false confidence in it being anything another than assumption.

Rodgers, R., & Joyce, P. (1996). The Effect of Underforecasting on the Accuracy of Revenue Forecasts by State Government. Public Administration Review, 56, 48 – 56

wrote this while taking breaks on a speech. it's about bridges in sf and nyc. radical.

i learned last year that this day would come. the celestial spirit has guided me.
3 comments